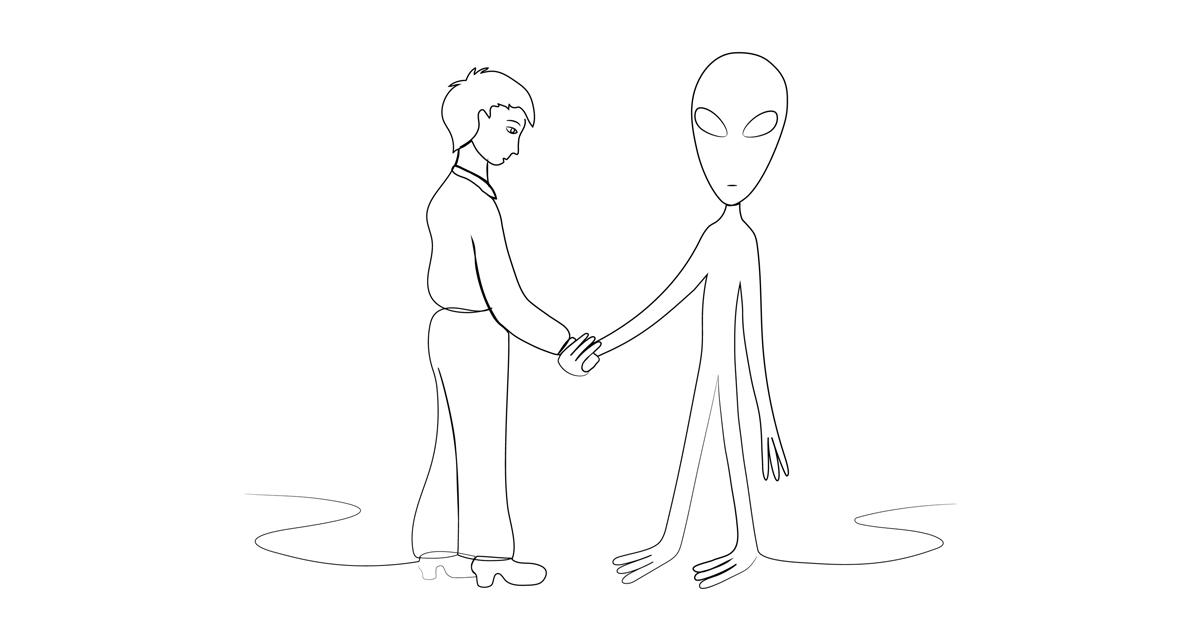 It has often been asserted that we should cooperate rather than compete in society. For instance, FDR said, “Competition has been shown to be useful up to a certain point and no further, but cooperation, which is the thing we must strive for today, begins where competition leaves off.” Bertrand Russell expressed it even more sharply when he said, “The only thing that will redeem mankind is cooperation.”

However, such views, now as well as then, tend to incorporate a false understanding of competition and cooperation as either-or choices. In fact, many supposedly cooperative ventures actually reduce social cooperation, while market competition provides a peaceful process that expands cooperation.

Leonard Read, founder of the Foundation for Economic Education (FEE), was someone who was fully aware of our mutual dependence on cooperation—our interdependence. One place he addressed that theme was his “The Good within Our Reach,” chapter 19 in his 1981 book, How Do We Know? On its fortieth anniversary, it is worth remembering.

Suppose there were no coming together, each individual dependent solely on his or her own thoughts and productivity…. All would starve! … merely ask yourself, whoever you may be, how well you would prosper were you dependent on only that which you know how to do.

Why is coming together a beginning? Because it results in a pooling of our specializations…. We have become interdependent; each of us is dependent on the unique specializations of others and freedom to exchange.

There is no question that working together leads to success.

While many would consider those words unremarkable, what was remarkable was that Read understood market competition as an essential means to expanded and improved cooperation, rather than a threat or hindrance to it. That is because market competition is a discovery process that reveals what would otherwise be unknowable—who will best cooperate with us, and how, across the almost uncountable margins where individual choices interact. Those who cooperate more effectively with others earn greater rewards, and the stronger the competition for consumer patronage and employees, the more such cooperation develops.

The problem is to maintain the freedom to cooperate and to compete.

A noted professor … at a leading college condemned the market economy on the ground that cooperation was good, competition bad. What a fallacy! Example: When bakers of bread compete, the one who provides the best—highest quality at the lowest price—is the one with whom we cooperate. Competition and cooperation are twin virtues and when strictly observed they form what might well be called “The thank you society.” When buying a loaf of bread … I say “Thank you” because I want the bread more than the money. The grocer says “Thank you” because he wants the money more than the bread. This is the free market at the bread-and-butter level!

Leonard Read contrasted his understanding of competition as a means to improved cooperation with a failed government attempt at forced cooperation he had lived through.

The present situation is remindful of the ideological slump during the early days of the New Deal: the National Industrial Recovery Act—the NRA or the Blue Eagle.

Top business leaders and their national organizations endorsed this fantastic set of strangling controls over the economy…. Why this anti-free market position? … one was the hope of being rid of dreaded competition.

The NRA was a bust, leading to growing opposition, culminating in a Supreme Court ruling that it was unconstitutional, but the process of repeal was impeded by arguments for phasing out its restrictions to avoid harming the economy (of course, some of those arguments came from those who gained from the restrictions). In contrast, Read argued for the opposite—that the best course of action was to end the abuses of people’s liberties as quickly as possible because that would most rapidly restore our ability to voluntarily expand our cooperation with one another.

However, after a year of this politico-economic nonsense, business leaders and their organizations reversed their position, but some dragged their feet. Abbreviated, their reasoning ran like this: “We must be rid of this political monstrosity, but let us eliminate it gradually. To get rid of it suddenly would wreck the economy.”

Getting rid of what’s wrong gradually is a nonsensical tactic…. Restore what’s right right now! And that is what happened to NRA in May, 1935, with the Supreme Court’s famous “Chicken Case” decision. As of that moment every phase of NRA was abolished, not an iota of it remained. The wrong abolished suddenly! Did the economy go smash? To the contrary, citizens went suddenly to work…. The opportunity of working together was increased.

Ending the NRA restrictions immediately did restart the market process of voluntary cooperation, and restoring people’s freedom to offer superior goods, services, and organizational approaches in peaceful, voluntary arrangements led to far better results. But most have not learned from that object lesson.

[Unfortunately] only a few learned the lesson and came to an understanding of how the free and unfettered market works its wonders for one and all!

Leonard Read did learn that lesson, reinforced by the NRA’s illustration that “working together for mutual benefit” is often the cover story for damage to competition that undermines our ability to cooperate, with liberty lost in the process. He saw that what Friedrich Hayek called the “extended order” created by competition in the marketplace improved outcomes because the requirement to get the consent of all whose rights are involved (a constraint absent in political determination) forced competition into beneficial channels, providing better possibilities to all.

Market competition leads to improved cooperation, because everyone is free to offer to cooperate at whatever terms they find acceptable. The process rewards those most able to meet consumer desires, whoever they may be, resulting in improved results for them as well as those who would prefer to deal with them, if given the chance. It favors those who better serve others, however weak they may be in political power (a weakness that often causes political determination to harm them), adding options for every form of voluntary cooperation, which is the opposite of coerced “cooperation.”

Contrary to those who assert cooperation’s superiority to competition, private property–based voluntary exchange relationships (capitalism) provide the only mechanism that strips force from all relationships, allowing true voluntary cooperation. The issue is not competition versus cooperation, but channeling competition exclusively into mutually agreed forms. Unlike the common condemnation of markets as the antithesis of cooperation, Leonard Read recognized, with Ludwig von Mises (who had joined FEE in the very beginning, at the urging of Henry Hazlitt), that competitive markets comprise “a system of mutual cooperation,” where “the function of competition is to assign to every member of the social system that position in which he can best serve the whole of society and all of its members.”

We are once again at a time when self-proclaimed political saviors are shilling for government-imposed “cooperation” at the expense of Americans’ rights and liberties (as with the Biden administration’s push for almost every special labor union advantage that has ever been dreamed up). But such “cooperation” undermines real, voluntary cooperation that evolves through market competition. That is why it is worth revisiting Read’s understanding of how to advance “[t]he good within our reach,” as a defense of our rights, liberties, and well-being.

How fintechs are helping salons straighten out payments problems

BoE under pressure to show it can keep lid on inflation