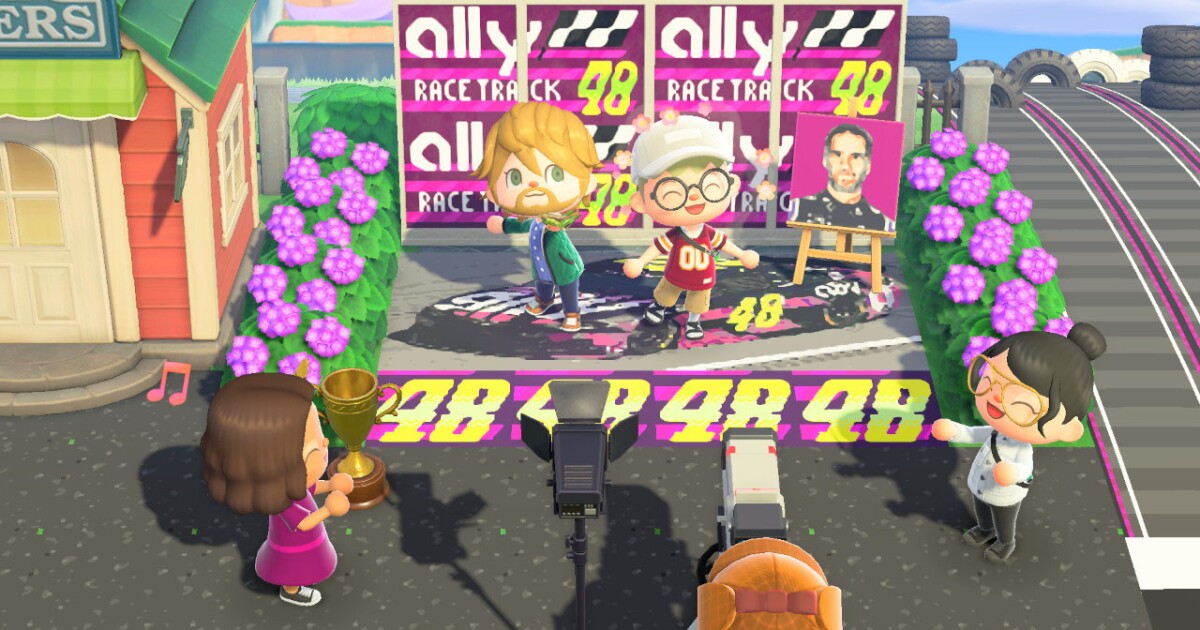 Players of the Animal Crossing: New Horizons video game are eagerly awaiting their turn to sell their virtual turnips to Ally Financial, and they’re impatient. On Twitter this week, players complained about hours-long waits to enter Ally’s lush island and trade their bounty for record-high rewards on the so-called “stalk market.”

But what is Ally Financial doing in a video game? What is a stalk market?

For the uninitiated, Animal Crossing is a life-simulation video game franchise from Nintendo. In the latest edition, New Horizons, players plant flowers, decorate their homes and more to beautify a desert island populated by affable creatures such as a dodo that runs an inter-island airport.

In Ally’s case, joining the game is all part of the $172.9 billion-assets digital bank’s strategy to reach younger customers, teach financial literacy and humanize its brand.

“That’s always been a massive objective for us,” said Andrea Brimmer, the chief marketing and public relations officer at Ally Financial, which is headquartered in Detroit. “As a digital bank, how do you have as many of those human connection points as possible?”

The New Horizons game debuted on March 20 and broke sales records as lockdowns set in. According to data and analytics firm NPD Group, which is based in Port Washington, N.Y., the platform on which New Horizons takes place, Nintendo Switch, sold a record number of hardware units in the U.S. in March and Animal Crossing: New Horizons was the best-selling video game that month.

Gamification is a good way to motivate people of any age to set positive financial behaviors and progress towards financial goals, but it is most effective when it happens in context, said Heidi Johnson, director of behavioral economics at the Financial Health Network, a financial wellness advocacy group based in Chicago. That means in a real-world and non-hypothetical financial decision.

A life-simulation video game may not quite be the real world. But Brimmer was inspired to work Ally’s presence into the game after watching her college-aged kids become engrossed in New Horizons in March.

“I saw that it’s literally a game about banking,” she said. “I realized it was a natural fit.”

Players earn bells, the in-game currency, by fishing, picking fruit or completing other tasks, then use these bells to buy clothing, equipment and home upgrades. Every Sunday, players can buy turnips at roughly 100 bells apiece. Later, they will try to sell them to the raccoons who run the island stores for as high a profit as they can manage (prices on the “stalk market” change twice a day) before the turnips spoil at the end of the week.

Brimmer’s team worked with Ally’s creative agency, Anomaly, to conceptualize the integration. Ally Island is not part of a formal partnership with Nintendo; any brand can build its own island within the game.

To build buzz before the island’s debut, the bank recruited a gamer known as KangGaming to demonstrate his interactions with Ally Island on the livestream platform Twitch on October 23, which became the eighth most-watched stream on Twitch that evening. Ally promoted its integration with Animal Crossing on social media and placed digital ads on websites where gamers congregate, such as Wired.com and Fortune.com.

Brimmer wanted players to have fun rather than be forced to learn about Ally products. One big draw on Ally Island has been Ally’s turnip exchange, where players could recently trade their turnips for 1,000 bells apiece. (Ally staff spent several weeks in the game gathering the amount of bells needed to cover this high reward.) Ally Island also features a golf tournament, its headquarters in “Little Detroit,” and a race track as a nod to its sponsorship of NASCAR driver Jimmie Johnson.

The primary goal is to build positive sentiment towards the brand. The hope is that new customers will follow.

Ally’s deposit accounts and other products are not advertised directly on Animal Crossing. Instead, players can find more information on the Ally Island landing page when they grab their entry code to the island. Ally plans to market to players by email at a later date.

Brimmer predicts it will take months before the company can figure out the results of this effort. But a week in, “We’ve had an overwhelming demand,” Brimmer said. “It was almost too good.”

At one point, 125,000 players visited the Ally Island landing page. Disgruntled gamers have complained on social media about waiting hours in a digital queue to visit the island, which can only accept eight people at a time.

“After 24 hours and a million page refreshes to get into the queue…me and my daughter…are highly disappointed and still stuck with home loans to pay off to Mr. Nook,” read a tweet from Tuesday. (Mr. Nook is one of the resident raccoons.)

But she has also received plenty of positive feedback, including comments from players through Twitch and Twitter who announced their plans to open an Ally account. She has also noticed players softening when they realize actual Ally employees are manning the island and conducting interactions, rather than a computer program working behind the scenes. Several players recently tweeted their delight after an Ally Island resident delivered surprise gifts of bells to their islands.

The original plan was to close Ally Island on November 6, but Brimmer and her team are now reconsidering that date.

This is not the first time Ally Financial has capitalized on a game with roots in real-life financial transactions. In 2019, Ally launched Ally + Monopoly, an augmented reality game that turned six U.S. cities into live Monopoly boards.

Ally also found a way to insert itself into the 2018 Super Bowl without buying an ad: an interactive mobile game called The Ally Big Save, where users downloaded an app, entered a savings goal, and through augmented reality could collect money piling up in their homes during commercial breaks. Twitter recognized Ally Financial as one of the top campaigns during the Super Bowl, as the brand without a national TV spot that drove the highest percentage of brand conversation.

Such campaigns are part of a concerted effort. Several years ago, Brimmer formed an innovation team to study gamification and new mediums.

At the same time, Ally is thinking about how it can appeal to all ages with financial literacy.

In early 2021, Ally will launch a financial education edition of another video game for middle school-aged children.

Animal Crossing “sits right in the sweet spot of not only our affluent millennial targets but Gen Z, which is going to be the next big generation to gravitate to our brand,” said Brimmer. But the game crosses demographics: according to a 2020 report from the Entertainment Software Association, 38% of video game players in the U.S. are ages 18 to 34, while 26% of players are ages 35 to 54.

Brimmer is still learning the ropes of Animal Crossing, but she has more of a handle on the lingo than she did several weeks ago.

“This is the first piece of creative where I’ve had to call up my son at school and say ‘I need you on this one, buddy,’” she said.