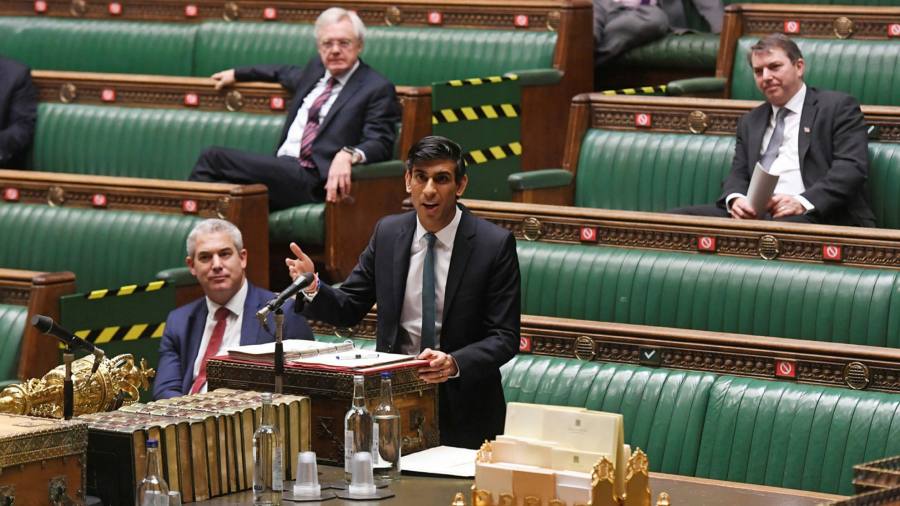 This has been an exceptional year. Last week’s spending review showed how extraordinary it was for the UK. As the chancellor, Rishi Sunak, remarked, the Office for Budget Responsibility “forecast the economy will contract this year by 11.3 per cent, the largest fall in output for more than 300 years”. What a government says and does in such times tells us much about its character and capacity, as well as about the choices facing the country.

On its character, the revealing decision was cutting the aid budget by 0.2 per cent of gross domestic product. At just over 1 per cent of this year’s net public borrowing and 0.4 per cent of spending, the money being saved is irrelevant. The decision violated a manifesto commitment. Above all, according to the World Bank, “the Covid-19 pandemic is estimated to push an additional 88m to 115m people into extreme poverty this year”. This then is a revealing case of ostentatious meanness.

As revealing are the costs of Brexit. The OBR says productivity will be 4 per cent lower in the long run than if the UK had stayed in the EU. The Bank of England argues that short-term disruption will cut GDP by about 1 per cent in the first quarter of 2021. A no-deal Brexit could, says the OBR, cut GDP by a further 2 per cent in 2021. In the long run, it estimates, GDP may be 2 per cent lower than under a trade deal. Pity businesses that must make plans amid such uncertainty over Brexit and a pandemic.

What about capacity? The pandemic is a global disaster. But where does the UK stand relative to its peers in the G7 group of leading economies (plus Spain)? According to consensus forecasts, it will have the biggest fiscal deficit this year, at 18.4 per cent of GDP, the second-largest fall in GDP, at 11 per cent (behind Spain) and the third-highest mortality rate, just behind Spain and Italy. Much has gone very wrong.

Finally, what about the choices ahead? On this the OBR is sobering, offering an upside scenario in which output returns to the pre-crisis level of GDP late next year, a central scenario, in which the economy recovers to pre-virus levels in late 2022, and a downside scenario in which the economy only returns to pre-virus level in 2024. In the upside scenario, output eventually returns to its pre-virus trajectory, but output is left permanently below the pre-Covid trajectory in the other two scenarios, by 3 and 6 percentage points respectively. All three scenarios assume a smooth transition to a free trade agreement with the EU in January. Otherwise, outcomes would be still worse.

It is likely then that the UK will suffer a second permanent hit to output and incomes in fewer than 15 years. But the scale of the hit is not a given. It depends on how well the virus is managed and, above all, on the success of the vaccine programme. It also depends on other policies (including the outcome on Brexit) that determine the scale of the longer-term scarring.

The OBR discusses many solid reasons for fearing scarring: lower investment; destruction of firm-specific capital and knowledge; loss of human skills as a result of unemployment and restructuring; early retirement; and loss of working days as a result of greater future caution over illnesses. It is to be hoped that the extraordinary fiscal support this year will reduce such scarring. But some scarring does seem certain.

The policy most likely to increase long-term scarring and so push the economy into one of the OBR’s bad scenarios would be to let the economy languish under weak demand. Post-pandemic, many special programmes will end. But tightening fiscal policy too quickly would be a huge error, especially when monetary policy can hardly be loosened further and long-term government borrowing costs are so low.

The old fiscal rules, notably the fixation with the deficit and the ratio of public debt to GDP, were a mistake. Now they are quite grotesque. Governments should focus instead on their long-term balance sheets, the maturity of their debt, their costs of borrowing, the relationship between these costs and returns on investment, and the strength of demand. Provided they have their own currency and a competent central bank, these things alone matter.

In time, it will become clearer how big the pandemic’s long-term fiscal costs will be and if real interest rates will stay this low. Fiscal consolidation may then be needed. In preparation, the government should consider how best to raise taxes and, if necessary, trim spending. It must also stay aware of the longer-term costs of ageing. But, right now, it must focus on supporting a strong recovery. A government is not a private household. It must stop thinking as if it is.

RBC expects 9% market gain by year end, but says a pullback could be coming soon