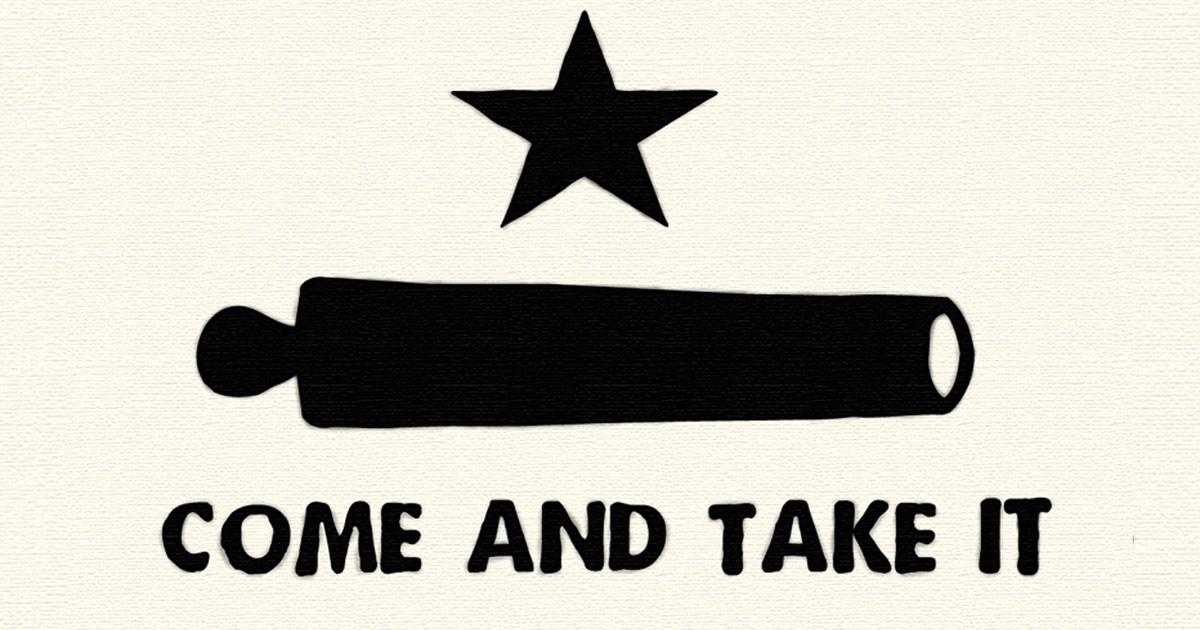 Secession is a four-letter word for the millions of Americans who have gone through the conventional educational pipeline that teaches them that the American state is indivisible and sacrosanct.

However, intellectually honest historians whose minds haven’t been warped by educational institutions know better than to dismiss secessionism as some nefarious activity that only treasonous Southerners of the Confederacy are capable of engaging in.

For all intents and purposes, the founding generation was secessionist. When they signed on to the Declaration of Independence, those who fomented the American Revolution were committed to liberating themselves from the grasp of the British Empire. Quite arguably the most important act of secession in human history, the revolutionaries’ successful efforts to secede from British rule had the whole world awestruck.

More importantly, it cemented the idea of political separation in the American political consciousness. Before becoming a state, Vermont went the extra mile after the thirteen colonies declared their independence, breaking free from New York and Great Britain and establishing itself as an independent republic in 1777. It would remain that way until 1791, when it ratified the US Constitution and joined the union.

Even during the ratification of the Constitution, many states feared the idea of a government that would become excessively centralized. So they had secessionist backup plans in case things got out of hand. In the Politically Incorrect Guide to American History, Tom Woods touched on how the New York, Rhode Island, and Virginia “explicitly reserved during the ratification of the Constitution the right to withdraw from the Union should it become oppressive.”

Secession Attempts in the Early Days of the American Republic

Americans’ secessionist streak did not go away so easily after they extricated themselves from the dominion of their British overlords.

Secessionist talks grew stronger during the presidency of Thomas Jefferson. The Federalist Party, based in New England, was dismayed with having Jefferson as president and even more concerned about the ascendant Democratic-Republican Party. They viewed Jeffersonian Democrats as a political force that could potentially displace them thanks to the electoral advantages the Democratic-Republicans enjoyed in the South and the newly incorporated Western states.

Federalist apprehensions became even more palpable during James Madison’s presidency, when the US locked horns with the British Empire in the War of 1812. Many Northerners wanted to maintain peaceful relations with their British cousins and were not keen on bellicosity. As a consequence, New England members of the Federalist Party gathered during the Hartford Convention in 1814 to discuss the New England states’ relationship with the federal government, which sparked nationwide fears of secessionism in New England.

How Secession Led to the Creation of Republic of Texas

Following its independence from Spain in 1821, Mexico was left with the task of building an independent nation. In contrast to Mexico proper, Mexican Texas was frontier territory and not particularly attractive to Mexicans, who found better opportunities in Mexico’s central regions. Settlements in San Antonio and Nacogdoches served as forward posts for the Spanish Empire, but there was no concerted effort to settle the region, which remained sparsely populated until the 1820s.

To populate the area, Mexican authorities came up with a land grant system to attract settlers (empresarios) to Mexican Texas. Many enterprising frontiersmen in the United States were in search of adventure and the prospect of land grants in Texas was tantalizing. For many of these explorers, settling down in Texas represented a fresh start.

The catch to the land grant program was that American migrants had to become Mexican citizens, follow Mexican laws, nominally accept the Catholic faith, and learn Spanish. American settlers started pouring into Mexican Texas, and by the mid-1830s, they significantly outnumbered the Mexican citizens there. The American settlers forged a distinct identity that did not align with the political desires of Mexican authorities, who had other plans in mind for Texas.

Tensions came to a head after General Antonio López de Santa Anna became president of Mexico and committed himself to centralizing the Mexican state. Mexico fell down the path of dictatorship after Santa Anna suspended the Mexican Constitution and declared himself dictator in 1834. Shortly thereafter, Santa Anna used the Mexican army to clamp down on Texas, which had enjoyed a quasi-autonomous status, to see through his centralist vision for Mexico. The Mexican strongman’s actions generated significant backlash from the Anglos and even some Mexicans (Tejanos) residing in Texas.

Texas had its Lexington moment on October 2, 1835, when Texans took up arms against a Mexican military detachment in the settlement of Gonzales, Texas. The Battle of Gonzales immortalized the Come and Take It flag that was flown before the battle, where Texans dared Mexican forces under the command of Colonel Domingo de Ugartechea to seize a cannon in the settlement’s possession. The Texans compelled the Mexican forces to retreat, marking the beginning of the Texas Revolution.

With the adoption of the Texas Declaration of Independence on March 2, 1836, the Texans explicitly laid out their decision to break free from Mexico. They cited Santa Anna’s actions to transform Mexico’s federal republic into a centralized military dictatorship and the reneging on guarantees to protect a number of their constitutional liberties (the right to bear arms, trial by jury, and freedom of religion) as some of the principal reasons for their decision to revolt. Moreover, separatist Anglo Texans enjoyed support from Americans in Congress who were more than happy to encourage the partition of Mexico into smaller pieces.

The Texas Revolution came to a decisive conclusion at the Battle of San Jacinto on April 21, 1836, after the Texan army captured Santa Anna and compelled him to sue for peace. Although Santa Anna returned to Mexico unharmed, the Mexican Congress did not ratify a treaty to recognize the new Republic of Texas, but several countries such as Britain, France, and the United States recognized the independent republic. Texas would later be annexed by the United States, in 1845.

Does Secession Have a Place in Contemporary American Politics?

After protesters stormed the US Capitol on January 6, 2021, the ruling class was worried about a number of bugaboos such as insurrection, sedition, and treason. The commentariat’s utter disdain for Trump supporters and those who don’t bend the knee to the managerial regime can no longer be concealed. The fact that more than 70 million Americans could be categorized as “domestic terrorists” suggests America is ruled by an occupational class who wants to browbeat its subjects into submission and modify their behavior so it comports with regime standards.

At this juncture, sober minds would stop pretending this country can remain united. Americans would be wise to not dismiss separatism just because their history textbooks said it’s illegal, racist, or treasonous. Instead, they should recognize it as a tool that could save a lot of headaches and even lives. The hyperpolarized state of American politics is not going anywhere, and can only become more heated as America’s social fabric deteriorates and politics become more divisive. Whatever civic glue held Americans together in the twentieth century has been rapidly withering away in recent decades.

Regardless of the prudence of such mob action, the aftermath of the Capitol rush stood out as a masks-off moment of the highest order. Those who may share disagreements on a number of political issues are no longer treated as fellow Americans, but rather as enemies with malicious intentions whose behavior must be corrected through a combination of state and corporate power. For the haughtiest mouthpieces of the current therapeutic regime, Trump supporters are the perfect test subjects for the experiments to deprogram Middle Americans of their recalcitrant behavior, better known as rejecting the corporate media’s narrative.

The battle lines have been clearly drawn, and sober minds would recognize that any return to previous eras of normalcy in America is a fleeting fantasy. Talk of secession from the likes of Texas Republican Party chairman Allen West and longtime conservative shock jock Rush Limbaugh may come off as partisan chest pounding, but more fundamentally it personifies a vestigial desire for self-governance. As I wrote in 2019, even standard conservative commentators are entertaining the idea of a national divorce.

Ignoring this new paradigm of hyperpolarization could prove deadly for Americans who view their political rivals as existential threats and for the numerous bystanders who want nothing to do with this political squabble. How about we don’t take any chances by preserving this flawed political order and choose the road of radical decentralization instead?