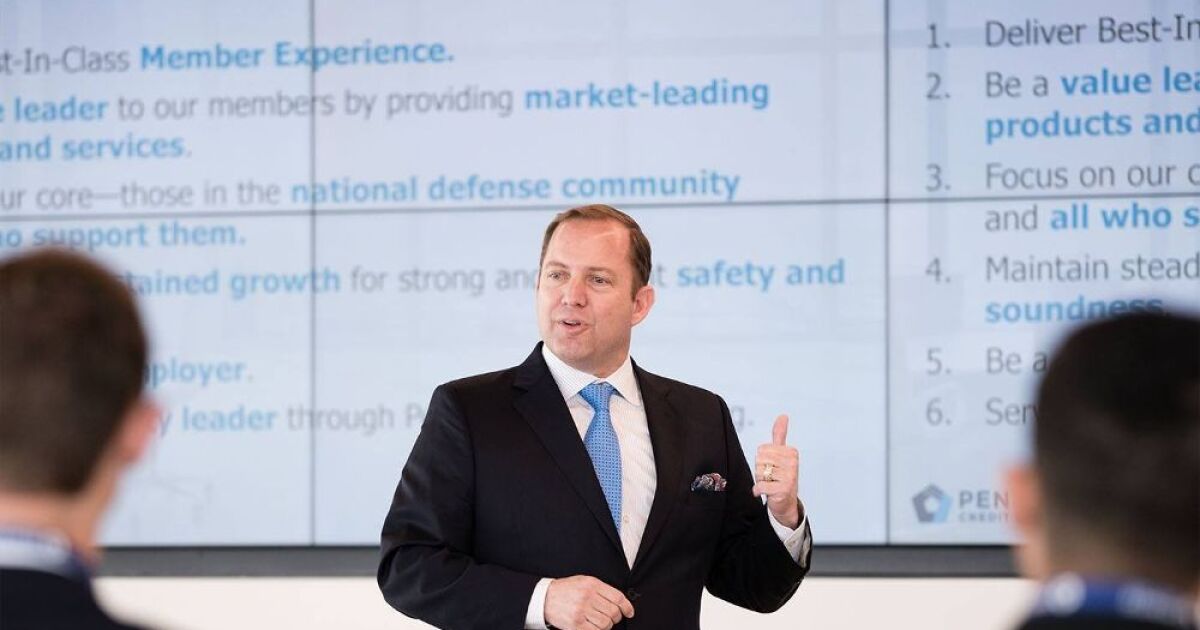 The McLean, Va.-based credit union originated more than $8.2 billion in mortgages last year, up 202% compared to 2019, the $26.3 billion-asset company said in a press release Wednesday.

Also among the highlights of the credit union’s 2020 results was the addition of 389,000 new members, up 159% compared to 2019. Sperry Associates FCU on Long Island and Post Office Credit Union in Madison, Wis., both merged into PenFed in 2020. A representative for PenFed did not immediately respond to questions about how much of the member growth was attributable to mergers.

“Partnering with other credit unions over the last five years allowed us to rebuild infrastructure, upgrade technology systems and hire some of the industry’s best leaders while building a strong capital position,” said James Schenck, PenFed’s president and CEO. “In combination with our merger partners, we’ve built an engine that will provide PenFed a long-term strategic competitive advantage.”

The company also reported a 16% year-over-year increase in its consumer lending division, which originated more than $8.4 billion in loans.

PenFed was the nation’s third-largest federally insured credit union at the close of the third quarter, according to data from the National Credit Union Administration. It earned roughly $106.3 million in the first three quarters of 2020, down 24% from $139.5 million for the same period in the prior year, according to NCUA call report data.