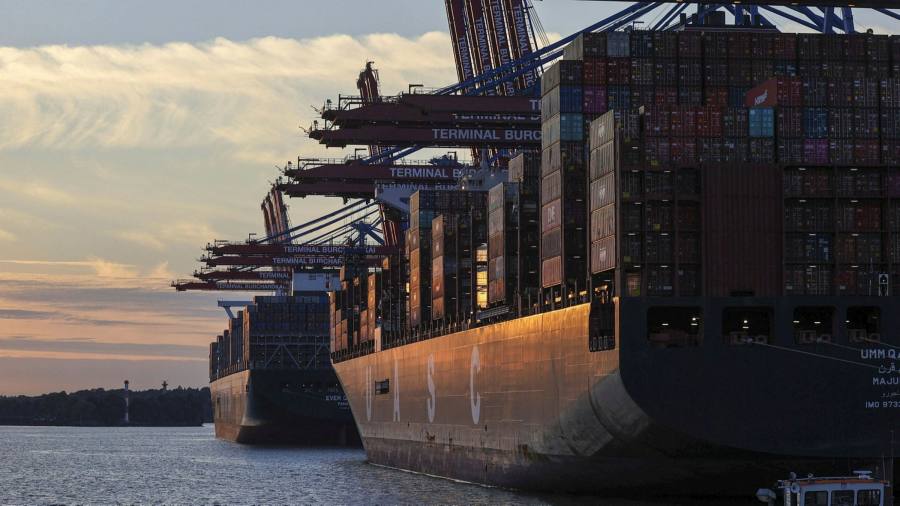 Shipping companies ordered a record volume of container ships last month in a sign of the industry’s confidence in booming global trade following the pandemic.

The bumper month smashed the previous decade-old record and came close to matching orders for the whole of last year as liners used profits from soaring freight rates on the back of the ecommerce surge and container shortages to sign deals, according to data from shipping association Bimco and shipbroker Clarksons.

It marks a turning point for the industry, which has veered away from ordering new capacity in recent years with order books at a three-decade low as a ratio to fleet size in 2020, and brings much needed relief for hard-hit shipbuilders in Asia, whose order books dried up during the pandemic.

The liners signed deals with shipyards for 72 vessels with a total capacity of about 866,000 20-ft containers (TEU), easily surpassing the number of 50 ships with a combined capacity of about 570,000 TEU ordered in June 2011.

Most orders were for ships of a similar size to the enormous vessel that was stuck in the Suez Canal for six days last month disrupting global trade, with ultra-large container ships, defined by Bimco as more than 15,000 TEU, tallying 45 orders in the month.

The record month came despite strong concerns about gigantic ships’ suitability to traverse the chokepoints of global trade after the 20,000 TEU Ever Given ran aground in the Suez Canal, hitting global supply chains.

Among the companies to make big orders was Taiwan’s Evergreen, the operator of the Ever Given, which ordered 20 vessels with 15,000 TEU capacity last month, according to regulatory filings.

“You should not expect much change on that account, as ultra-large container ships are the preferred choice of ‘weapon’ in the arms race of the container shipping industry seeking to improve long-term profitability,” he said. Larger ships help operators to benefit from economies of scale, reducing costs and emissions.

Executives said that the Suez Canal disruption will help extend freight rates at higher levels for a longer period of time.

The industry has struggled with a glut of capacity since the financial crisis in 2008, with shipping companies struggling to turn a profit, resulting in consolidation and the formation of alliances between groups to pool resources.

Some analysts argue that the wave of ordering threatens to tip the industry back into a glut, if shipbuilders ramp up capacity and deliver most of those vessels around 2023 or 2024.

“If they continue at this pace and don’t spread out the delivery, then there’s a danger overcapacity will come back to bite them,” said Simon Heaney, senior manager of container research at consultancy Drewry.