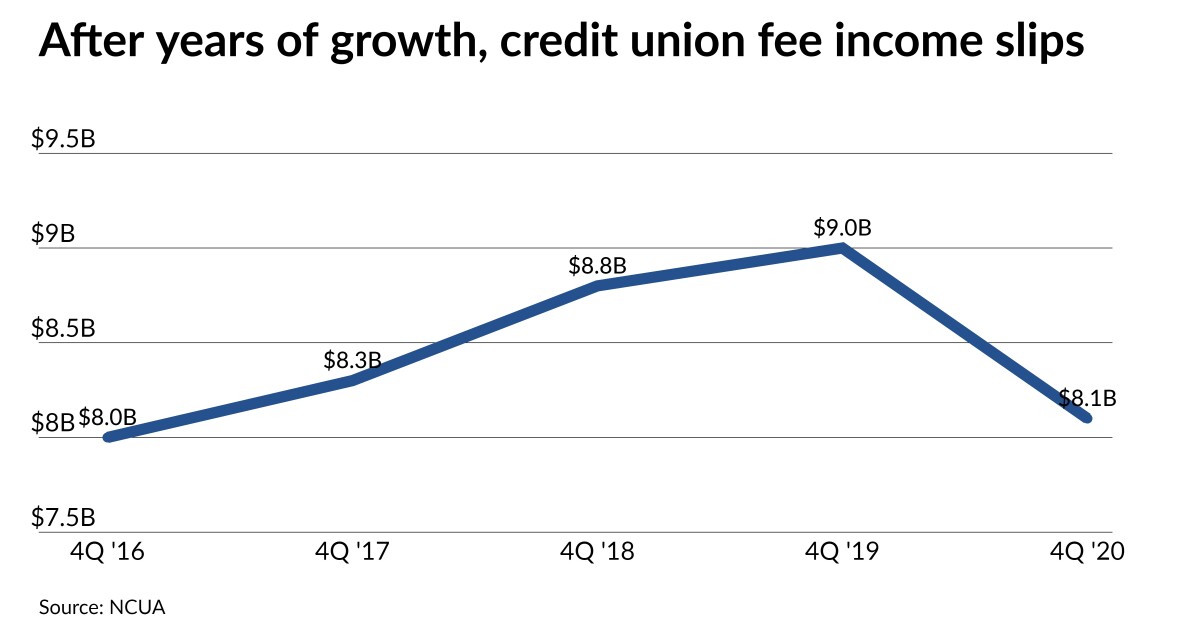 Some credit unions are trying to strike a balance between growing noninterest income and reducing some fees in order to help members who have been adversely impacted by COVID-19 and the economic downturn.

But can it be done?

Many credit unions revamped their fee structures or eliminated fees entirely in the wake of the Great Recession, as credit union membership surged amid consumer backlash against the big banks. Now, with the nation in another economic downturn, some credit unions are taking similar steps once again.

Last year, as the pandemic began to spread widely, the $517 million-asset Clackamas Community adjusted its fee structure to help struggling members, reducing fees from $27 to $12 each for overdrafts, NSF, returned items and stop-payment orders. Additionally, the $1.50 overdraft transfer fee that kicked in when the credit union had to move money from one account to another to cover a potential overdraft was eliminated entirely.

Those changes were intended to be temporary, and Goff said that with a solid revenue base, management believed the credit union could take the hit – at least in the short run.

The hit turned out to be nearly $800,000, as fee income for Clackamas Community fell from almost $2 million in 2019 to about $1.2 million last year. Still, the credit union earned more than $6.5 million in noninterest income last year, according to call report data from the National Credit Union Administration. That amount was nearly identical to the $6.4 million it earned in 2019.

Still, the credit union recently announced those reductions are here to say. Goff was hesitant to use the word “permanent,” but said the new fee structure will remain in place indefinitely.

He said the bottom line is that Clackamas decided it will commit to helping people who need the help most. “The people who pay those fees are often times the people who can afford them the least,” he said. “So are we willing to put our money where our mouth is?”

Fourth-quarter data from the NCUA, the most recent information available, showed an 11.3% year-over-year increase in noninterest income across the industry, compared with 7.3% growth in the year ending Dec. 31, 2019. Much of that, however, was driven by fees from mortgage refinancing and the Paycheck Protection Program. Fee income paid by members – such as overdrafts, NSFs, transfer fees and more – makes up only a portion of NCUA’s noninterest income calculation, which also includes fees paid as part of loan applications, interchange income and more. Fee income makes up only a portion of overall noninterest income for the industry, which rose by more than 11% last year on the strength of PPP and mortgage refis.

The end is near

With PPP expiring soon and the mortgage refi boom expected to slow down sometime this year, credit unions are attempting to determine how they can cut fees but still maintain the same levels of profitability.

“Some of it is just projecting into the future and trying to read the tea leaves and get some comfort level with what we think is going to happen,” said Goff.

While PPP and mortgage refinancing helped many credit unions, many institutions didn’t participate in PPP and don’t offer home loans. As such, many credit unions aren’t incorporating that income into their strategies due to their one-time-only nature, said Vincent Hui, managing director at the consultancy Cornerstone Advisors.

He said credit unions instead are looking at alternative fee sources such as interchange, which is not paid by members, to replace account fees. Many use waivers instead of blanket fee reductions because it is easier to stop waivers at some point rather than increasing fees, he said.

“Also, not all fees generate the same amount of volume. Some fee reductions may not have a significant impact as they may not be incurred a lot by members,” Hui said.

Geoff Bacino, an industry consultant and former member of the NCUA board, suggested it shouldn’t take a pandemic for credit unions to consider how fee income and member service intersect. He said many credit unions have taken a good first step by assuming that members are hurting. “In other words, don’t make members apply for help or assistance, but rather be proactive,” he said. PPP, he added, shouldn’t be looked at as anything other than a “temporary Band-Aid.”

Goff said Clackamas Community participated in both rounds of Paycheck Protection Program lending, which has taken some of the sting out of the loss of other fee income.

Pathways Financial Credit Union in Columbus, Ohio, saw noninterest income surge by 27% last year thanks to mortgages and PPP, though fee income was down by 11.5% to $2.3 million. That’s by design, explained President and CEO Michael Shafer, noting that reducing or eliminating certain member fees has been an ongoing effort for the $507 million-asset shop.

“This has been part of a multi-year process which we expect will result in savings to our members in excess of $500,000 per year,” said Shafer, adding that NSF and overdraft fees are expected to be reduced sometime during the next 12 months.

Pathways’ push to lower fees is a corporate strategy that predates COVID, said Shafer. The credit union wants to earn less from service fees and more from other noninterest income sources such as debit and credit interchange, loan servicing and selling mortgages to the secondary market.

“We are actively looking to eliminate or reduce fees that we deem to be nuisance type fees, fees that are unpopular with members or fees that generate such a small amount of revenue that they are not material,” he said.

PPP and mortgage refis have been “huge” for Pathways in 2020 and 2021. Shafer said the credit union did close to $60 million in PPP loans, which has generated a modest amount of loan interest revenue and significant lender fee income from the SBA.

Lessons from the Great Recession

So are some credit unions acting on lessons learned after the Great Recession?

Bacino said credit unions that cut fees during the crisis from 2007-2010 provided a roadmap for those now looking to provide much-needed assistance to their members.

“The other part of this equation is the regulator,” he said. “NCUA and state regulatory agencies must have long memories when the next exam cycle rolls around. Much of 2020 should be viewed as crisis times, and examiners must provide some leeway for credit unions that were worried about members first and underwriting second.”

Hui said there are two main lessons that were learned during the last recession that are applicable today. First, credit unions are focusing on ensuring any fees members pay provide value to the member, which is why there are fewer nuisance fees today. Also, many credit unions use waivers rather than across-the-board fee cuts to provide greater flexibility down the road.

Goff said financial institutions also learned that they needed to be more aggressive in helping consumers.

“We did some things, but we didn’t do nearly this much accommodation back in those days,” he said of the industry in general. “And perhaps we should have.”