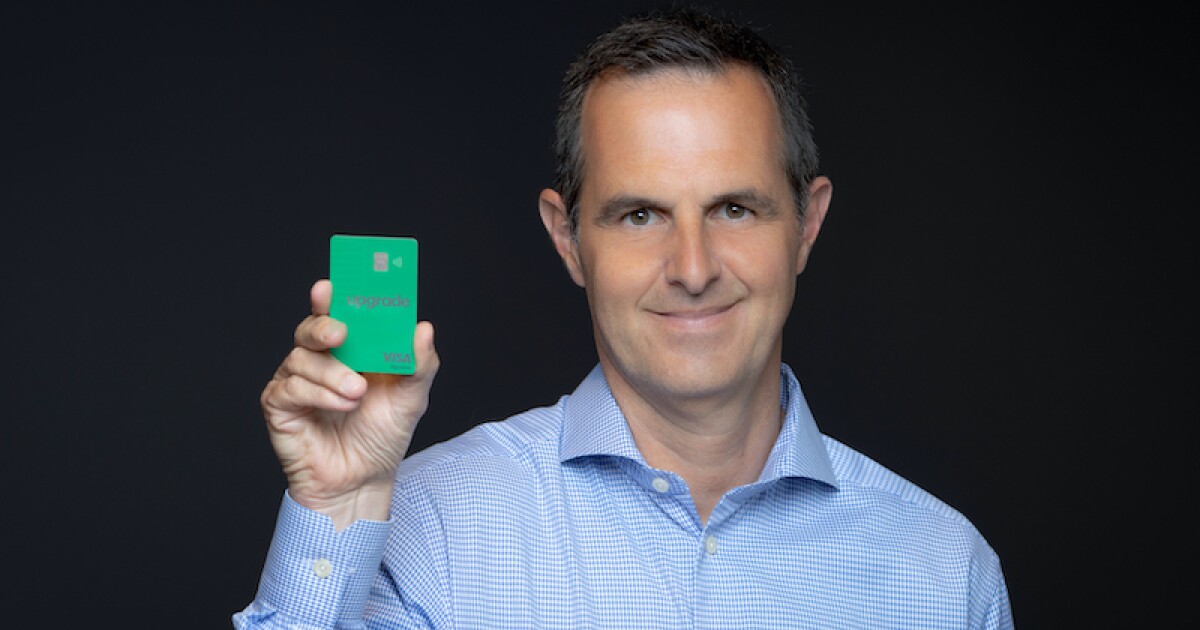 Upgrade, the fintech formed by Lending Club founder Renaud Laplanche, is launching an unusual card rewards program Thursday that will give customers cash back when they pay down their debt, rather than when they spend.

Users will earn 1.5% cash back on every purchase they make with the card. But instead of being credited at the time of purchase, the rewards will be credited when cardholders make their monthly balance payments. The faster cardholders pay off their balances, the sooner they will receive their cash back.

“Instead of rewarding people for spending more, which is not very responsible, we wanted to reward them for doing the right thing, which is paying down their debt,” Laplanche said.

The rewards align with the overall intent behind Upgrade’s card, which is a hybrid between a credit card and an instalment loan.

“It was designed as a credit card that’s good for you, in the sense that it gives you credit when you need it, but the balance turns into an installment plan with the enforced discipline of having to pay down the balance every month over one, two, three or five years,” Laplanche said. “So it avoids that never-ending, revolving cycle that so many people fall into with traditional credit cards.”

Upgrade has lower costs than most traditional banks, Laplanche said, which allows it to forgo the interest income yielded by high revolving card balances.

The cash-back card is a new product, but existing Upgrade cardholders can enroll in it at no additional charge, without having to change their account number or physical card.

To date, Upgrade, which in June closed a $40 Million Series D round of funding led by Santander InnoVentures, has issued more than $3.5 billion in credit through cards and loans. According to Laplanche, the company just reached a $125 million annual revenue run rate and is profitable.

“We’re growing at a triple-digit rate and are hoping this rewards program will accelerate our growth,” he said.

The number of employees at the company has risen 20%, to 360, since the pandemic was declared in March. “We didn’t let anybody go, even during the depths of the crisis,” Laplanche said. “We made a point of keeping everybody on board. And then in the last three or four months, we’ve been able to hire people.”

Upgrade operates out of San Francisco, Phoenix and Montreal. The Phoenix office, a call center, has remained open but has been expanded with an additional floor to allow more space between employees. The San Francisco and Montreal offices remain closed.

The team has been building tools to let customers do more on their own, for instance a self-service loan modification portal.

In the future, Upgrade plans to launch a suite of basic banking products, including a checking account.