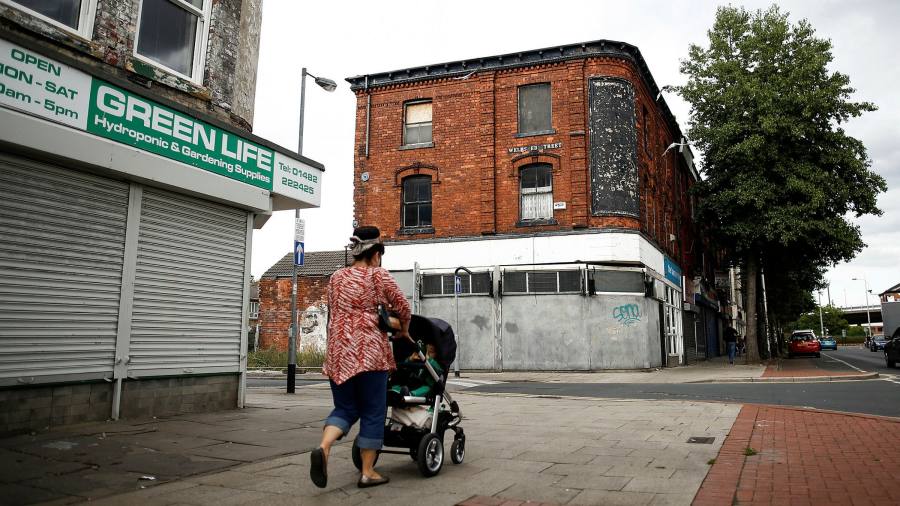 This article is an on-site version of Martin Sandbu’s Free Lunch newsletter. Sign up here to get the newsletter sent straight to your inbox every Thursday

You can sense the spring in Europe and North America — not just in the weather but in the policy discussions. Economies are still struggling, with many of them still subject to lockdown restrictions, but the focus of political leaders is very palpably turning from immediate emergency action to looking at the recovery and beyond.

Not only that; the orientation of the longer-term focus has also changed since before the pandemic. Everywhere, economic policy proposals are coupled with new attention to the social aspect of future growth or its impact on inequality. Whether actions will follow words remains to be seen, but there is no mistaking the rhetoric. In both the EU and the UK, politicians are channelling their own versions of the sentiment expressed by US president Joe Biden to the US Congress last month: “It’s time to grow the economy from the bottom up and from the middle out.”

This was evident in Porto last week, where EU heads of government held a social summit and an informal European Council meeting. The leaders declared their support for three new quantitative goals for 2030 proposed by the European Commission: for the employment rate of 20- to 64-year-olds to reach 78 per cent, for 60 per cent of workers to receive some form of retraining every year, and to reduce the number of people at risk of poverty or social exclusion by 15m, including 5m children.

The leaders also said these goals and indicators to monitor progress towards them should be taken into account when the commission monitors and co-ordinates the member states’ economic policy. At the summit, civil society representatives and even some member states wanted the social goals to inform the still-delayed reform of the EU’s fiscal rules — the debate over which was already set to be a nightmare when it restarts late this year or early 2022. This will be one to watch; what is clear is that the best proof of how seriously political leaders take social goals they profess is the place they are granted in the hard core of economic policymaking.

Across the English Channel, the shift from emergency to recovery is manifesting itself in efforts to bring regional inequality back to centre stage. The Queen’s Speech this week — the UK government’s legislative programme — vowed to “level up opportunities” across the country. The concrete policy details were unimpressive, and the programme is left with “holes and inconsistencies”, in the FT’s editorial judgment. But again, it is clear that regional rebalancing is the goal for which the government wants to be known. For a better insight into what it may be hoping to achieve, read the detailed blog post by Rachel Wolf, a frequent adviser to Number 10, on how to get real on the levelling-up agenda.

She emphasises quality of life: local amenities, services and transport; safety; training opportunities and incentives to attract skilled workers; and good schools. That is to say, an effort to make places nice to live as a first and central step to an economic regeneration strategy. That is a sensible approach, and one that can be particularly timely. As I wrote recently, the end of the pandemic creates an opportunity to spread high-value-added jobs through continued remote working. “Post-Covid home working will accelerate this effect [on towns’ attractiveness] if places are nice to live in,” says Wolf. It is easy to see contradictions with the government’s emphasis on making people return to their city offices, let alone local government cuts and the failure to reverse them. But judging by Wolf’s thinking, the government is aware of this and aware of what it will be judged on.

Meanwhile, back in the US, Biden recently added the third pillar to his early legislative push: an American Families Plan complements the economic rescue package passed by Congress and the infrastructure and jobs plans proposed earlier this spring. As Adam Tooze points out in a fascinating tour d’horizon of US social policy, the two first pillars of Bidenomics also had a strong component of social support. What the Families Plan makes clear is that Biden wants to strengthen the social aspect of economic policy permanently, not just to get out of the crisis.

For example: amid funding for universal childcare for three- and four-year-olds and for post-secondary education, the plan includes a permanent extension of the Jobs Plan’s one-year introduction of a higher, refundable child tax credit. If this is passed, the US will have joined the rest of the rich world in giving significant regular cash support to parents.

The US may lag far behind Europe in the level of social provision — but at the current pace, Biden seems determined to reduce the gap fast. The already-passed rescue plan alone is predicted to take 5m children out of poverty this year, the same as the EU aims to achieve by 2030.

Coming back to springtime, then, it feels very much like springtime for the concept of the “social market economy” — where for the first time in decades the word “social” carries as much weight as the other two.

Recommended newsletters for you

Best of Lex — A review of the week’s best commentary, plus a midweek letter. Sign up here